Our intensive ‘Learn to Ring’ course ran every day for two weeks at Newport Pagnell. Each recruit attended 5 sessions over the fortnight receiving 3 hours of individual ringing tuition during the period. We used the recently installed simulator to ring on silenced bells. The course consisted of practical bell handling alternating with non practical sessions ie. rope tying, terminology, bell history, ringing and the church, the social side of ringing and more. On the last session of the course the new ringers were able to ring their bells open in rounds for the first time and had a demonstration of change ringing as their next objective. The new ringers completed an online survey at the end of the course. The results of this were very positive and we have some valuable feedback about the recruitment and training process.

The result of the course is that 39 new ringers have been distributed around 14 towers in the branch and are now attending their local practices. We have also been able to start new regular practices at two towers – Downs Barn and Wavendon which were previously silent. A very positive result from the project. 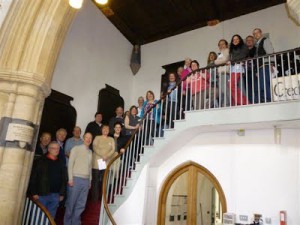 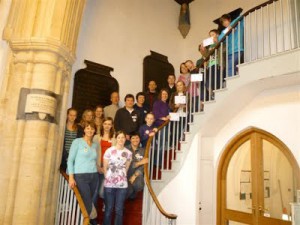 Two weeks ago we were recovering from a hectic couple of days in Middleton Hall with the Charmborough Ring. We established contact with nearly 90 people who were keen to come to Downs Barn to have a go on tower bells; learn more about ringing and our intensive training plans.

Much effort was put into keeping in touch with these people in the intervening time as well as preparing professional quality video and presentations covering the many aspects of ringing; how we shall teach those who want to learn and then introduce them to their local towers.

The result – 41 signed onto the intensive training program which starts in a couple of weeks, a number of  lapsed ringers brought out of hibernation and another huge investment in raising public awareness about the Exercise.

The next phase of this project is the 2 weeks intensive training at Newport Pagnell the outcome of which will be to have those taking part handling a bell on their own.

Nestled on the edge of Middleton Hall, surrounded by a furniture exhibition, we were the centre of attention for passers by on account of the sound of change ringing coming from the mobile belfry. A regular display of ringing followed by members of the public coming forward to have a go kept us all busy all day.

Around the display area we had tee-shirted ‘walkers and talkers’ engaging with the public, telling them what we were promoting and capturing details are anyone who showed interest. Some display panels and a bell wheel and a rope completed the display.>

We raised the public awareness of ringing significantly in Milton Keynes and managed to capture details of 84 people who expressed an interest in learning more about ringing. Of these, about 25 were from neighbouring areas and we will pass their details on to local groups and the rest will be followed up to be encouraged to come the Downs Barn on the 25th February for the Taster Day. 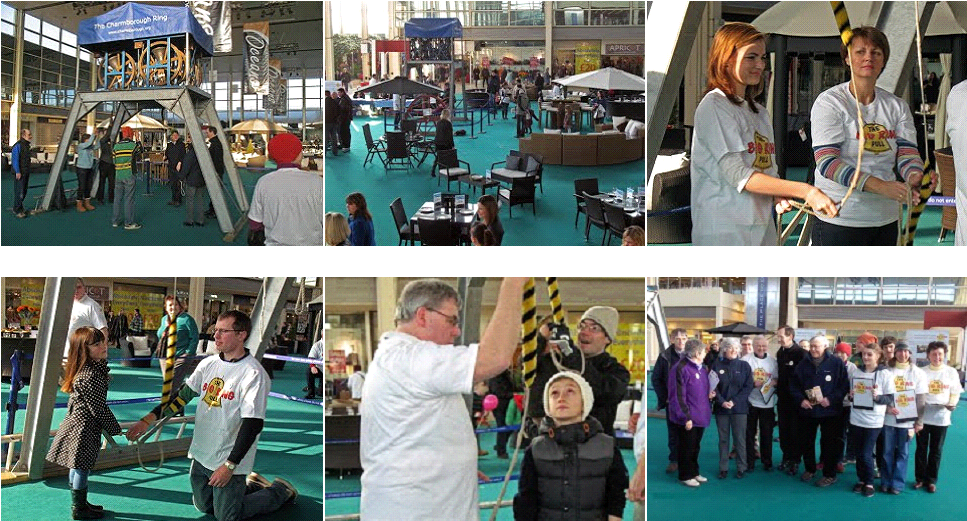